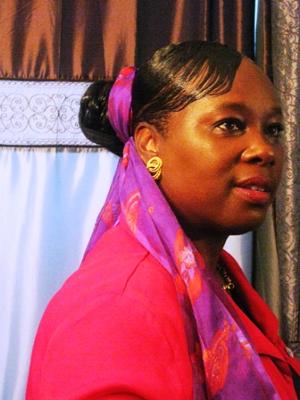 When I was first diagnosed with "Breast Cancer", a few years back, I reacted like many do when they receive bad news; the first thing that came to my mind was,"a death sentence".

However, I found out later it was truly "An Awakening" for me.

A few more years later down the line I got more bad news; I was diagnosed with "colon cancer."


But I'm still here, among the living. I first began asking God, why?

Why would you do this to me? What have I done so wrong in life to have this placed upon me?

But suddenly, I knew that I was going to be OK.

I also realized that I was about to face a new beginning, a new hope, do and see more with a whole new prospective on life.

When I think of the "gift of life" my Savior has given me, I know that I will develop and gain strength from this experience.

Even with all the current complications I now have to live with, and with all the struggles I've dealt with all my life, I still feel truly Blessed.

For a while, I wasn't happy with the way I looked after my surgery, nor with the pain that I had to endure every day.

Until one day I decide I had to snap out of it.

I thought about the individuals that are no longer among us and I realized that there will always be someone worse off than me.

I only lost some skin, who am I to complain? I still have my life.

I was shown just how blessed I truly am, during one of my surgeries.

Something so very strange, so peaceful happened to me; something of a miracle. I knew that I had to write it down.

I turned my experience into a poem and I called it Peace. I took this poem, along with many other poems I had written during my "breast cancer period" and created a book. I was blessed enough to have it published.

I know many may not believe it when they read this certain poem, but it really happened. I feel that I went over to the other side, during that moment.

The name of my book, is called True Simple Poems of Life, Faith and Survival.

I'm truly hoping that anyone who has the opportunity to read my poems gets out of them, what I placed into all of them.

My poems are from the heart of a cancer survival, as real as any could ever be. I never anticipated becoming a writer, I just became one.


I felt that evil entered my body, tried to take it over, but God interfered with that plan; he has his own time and plan for each one of us.

I truly believe when you survive a horrific tragedy or a horrible disease, such as cancer, it's for a reason; you have a purpose and I want to live and find out exactly what that is for me.

The experiences I've had to endure are what gave me the insight to form the words of my poems.


With the words and phrases of each poem, I wish to make a positive impact on someone who is ill or otherwise hurting. I hope it gives them the strength to embrace their life in a whole new way.

I've recently had another inspirational children's book published called If Only I Could Fly, said Mattie-bee and I'm now working on my third.

See, that's what I'm all about now, "inspiration".

I would have never become a writer, producing inspirational stories, if I had not gone through all that I did.

"I'm a true example that you can survive cancer" -- not once, but twice.

If you catch it in time, have faith and allow God to guide your path. This is what my experience with cancer has made of me,